This week, we are going to carry on learning about the body.

We will look at the work of Leonardo da Vinci. 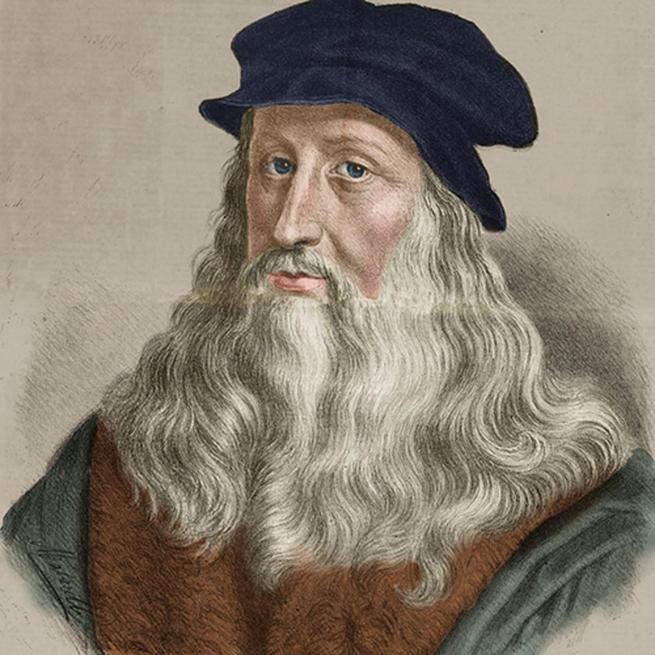 Leonardo da Vinci was an artist, scientist and inventor who lived in Italy.

This time period in Europe is known as the Renaissance. It was a time when many advances were made in education, science, art, literature and music.

Da Vinci is sometimes called a 'Renaissance Man'. This is because he was a master of many different areas. He was an expert painter, sculptor, architect, engineer, scientist, inventor and writer!

He is considered by many people to be one of the most intelligent people of all time.

This may be da Vinci's most famous painting. 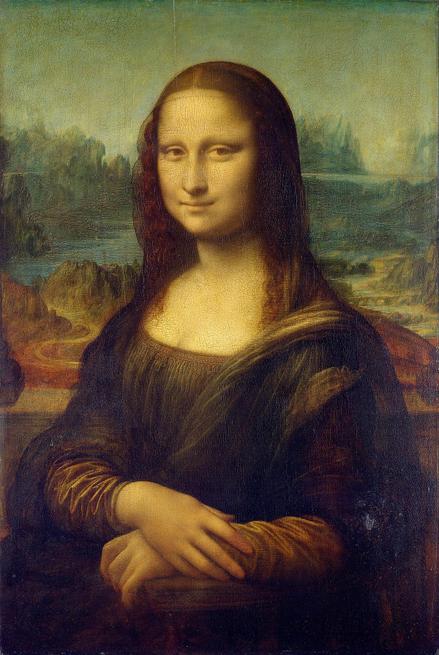 It is called the Mona Lisa.

It is on display in the Louvre Museum in France. Some consider it to be the best known and most visited work of art in the world.

Da Vinci created many more works of art, including the painting of 'The Last Supper' in Milan.

Da Vinci is also famous for his sketches of his inventions.

This sketch is of his 'Helical Air Screw', which was a flying machine.

It was designed to work in a similar way to modern-day helicopters.

Da Vinci sketched many other designs for inventions, including a diving suit, a machine gun and an armoured chariot.

Anatomy, or the structure of the human body, was another of da Vinci's interests. He wanted to understand how the human body worked, and made thousands of pages of notes and sketches.

Scientists today recognise that da Vinci's work was hundreds of years ahead of its time.

'The Vitruvian Man' is an ink drawing by Leonardo da Vinci.

It shows a man in two superimposed positions. 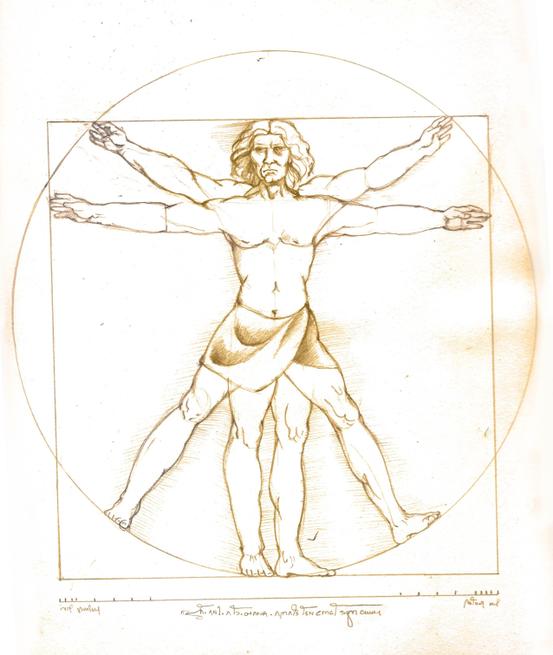 The drawing is based on da Vinci's ideas about the proportions of the human body, and da Vinci describes these proportions in his notes around the drawing.

Do you think these proportions are accurate?

Try to work out if these measurements are true for you.

Could you measure someone else in your family too?

There will be some differences for everyone, because each person is unique.