Task 1: Last week, we started to look at an Anglo-Saxon myth called Beowulf.

Beowulf was a hero, who came to the aid of Rothgar, the king of the Danes. His Great Hall in Heorot was under attack by a monster known as Grendel.

Heorot was a mead hall for Rothgar’s warriors to drink in and relax.

Use this picture to describe Heorot before Grendel attacked. 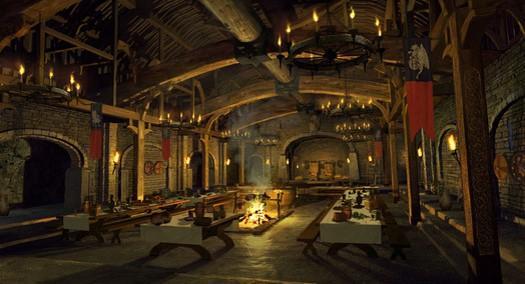 •Sight: Like stars in the night sky, candles twinkled above the hall, shining light upon the great feast.
•Sound: Heorot was a gigantic banqueting hall, overflowing with the noise of fun, laughter and joy.
•Smell: The smell of roasted ox filled the air as it crackled on the roaring fire.
•Taste: As cold as ice, the freshly poured mead was heaven to the brave, tired soldiers.
•Touch: The men, who were warmed by the roaring fire, were sitting around the long, oak tables.

Task 2:  The noise from Heorot irritated the demonic creature named Grendel. Angry with the men in the Hall, Grendel approached whilst they slept and attacked, tearing men from limb to limb and destroying the hall.

Use this picture to describe Heorot after Grendel attacked. 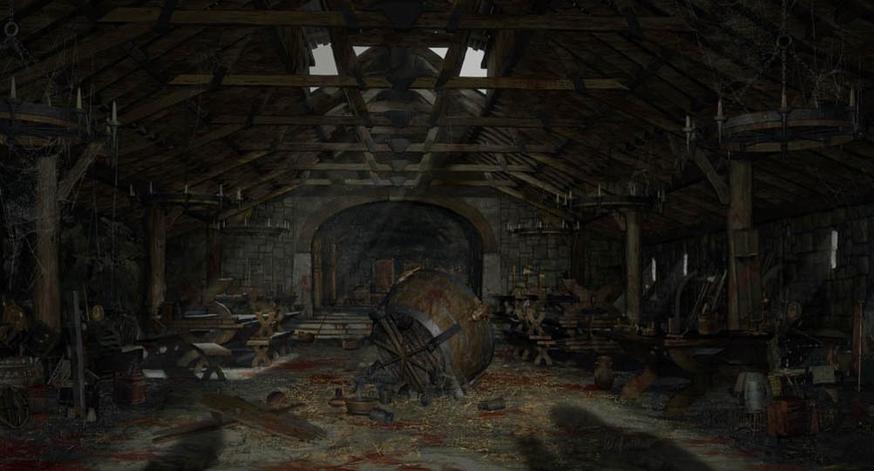 •Sight: Like an abattoir, corpses were strewn across the hall.
•Sound: Silence held its breath as King Rothgar hid in fear behind his overturned throne.
•Smell: Smoking in the centre of the room, the once roaring fire was almost extinguished.
•Taste: The taste of the roasted ox and refreshing mead was just a distant memory.
• Touch: The cold, hard floor was covered in a sea of blood.
Top
Cookie information
Cookie Notice