Last week you had a look at the different types of noun:

If you cannot remember, go back to last week’s learning to refresh your memory!

On the next page I want you to spot the different types of noun by colouring them in different colours or listing them into groups. 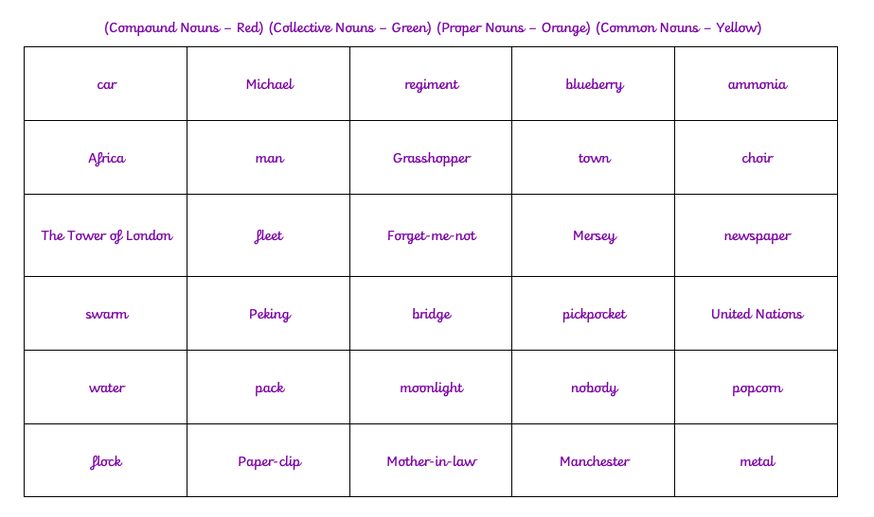 Some nouns that we use aren’t very clear. The noun ‘game’ could mean any game, the noun ‘bird’ could be any bird. However, if we are more specific with the noun we choose then it makes it clear to the person who is reading.

e.g. Things under the bed.

The clothes under the bed.

The Porsche was fast.

What different precise nouns can you come up with:

e.g. The brightly-coloured parrot flew through the canopy.

e.g. In a forest clearing, a dark mysterious jaguar sauntered by the water.

Can you improve the sentences by expanding the underlined simple noun phrases in each sentence? 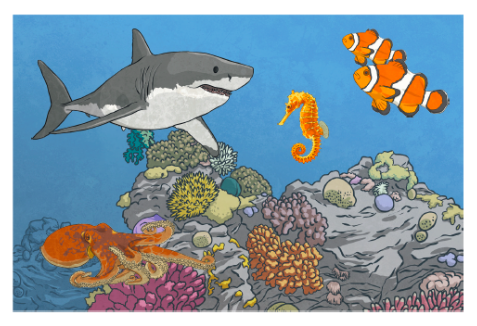 1. The shark swam below the crashing waves.

2. Unaware of the shark, two clownfish drifted by.

3. Unaware of the shark, two clownfish drifted by.

4. Covering the ocean floor, lots of coral glittered in the sun’s rays.