L.O: To know how to sequence events using chronology.

So far, we have had a think about who the Anglo Saxons were, where they came from and where they settled. We can use a timeline to sequence events using chronology. “Chronology” means in the correct order from start to finish. Have a look at this timeline that is in chronological order:

Now have a look at these significant events that happened during the Anglo Saxon era. If you have a pen and paper, you could draw your own timeline and label it with these events. If not, don’t worry, you can read them out loud to somebody in your house and discuss them! 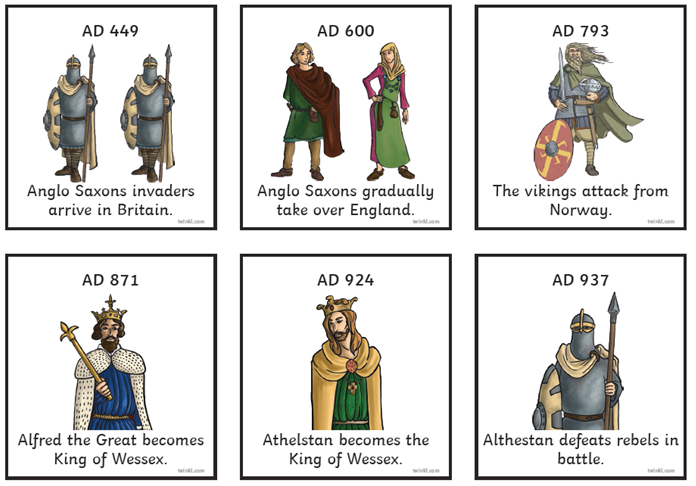