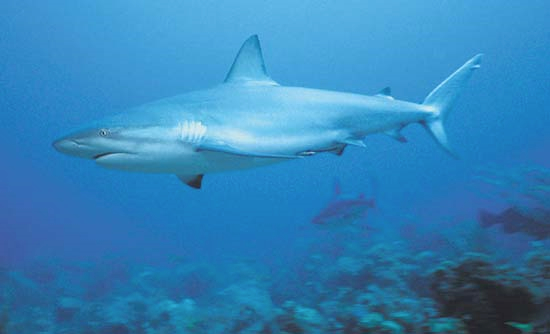 Most sharks have long, narrow bodies to help them swim quickly through the water. A shark’s nose is often referred to as a snout.  Most snouts are long and pointy.

A shark can have as many as 7 fins and a tail.

A shark’s fins are very important for the shark to survive. Shark fins help keep the shark balance in the water.  Without fins, sharks would not be able to stay upright in the water.  They would roll over and be belly up!

Sharks have several more fins on their bodies.  Some are located on the sides of the shark near the front of their body and some are on the bottom of the shark, near its tail.

Sharks do not have scales like other fish.  Shark’s skin is made up of denticles. The word denticles mean “little tooth.” They make then shark’s skin feel like sandpaper.  It is very rough.

Some species of shark have more than one row of teeth, their teeth like human teeth fall out.  Sometimes shark teeth will wash up onshore.

Some species of shark will go through 30,000 teeth in one lifetime.

Most shark teeth are very sharp.

Use this fact to start you off.

Under the sea riddles 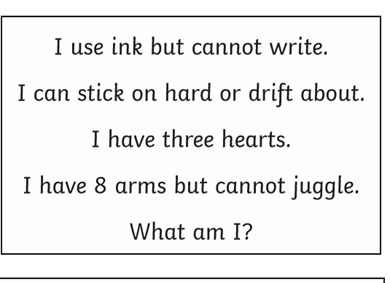 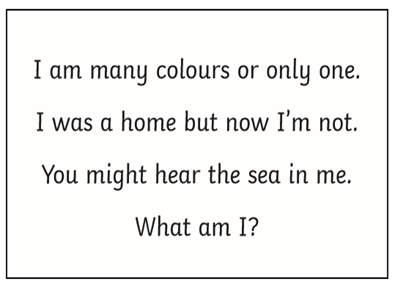 b) Can you write your own riddle about a sea creature?  Think about what it looks like, what it does, where you would find it.