We use formal language when:

We use informal language when:

Task 1: Sort these words and phrases into formal and informal. 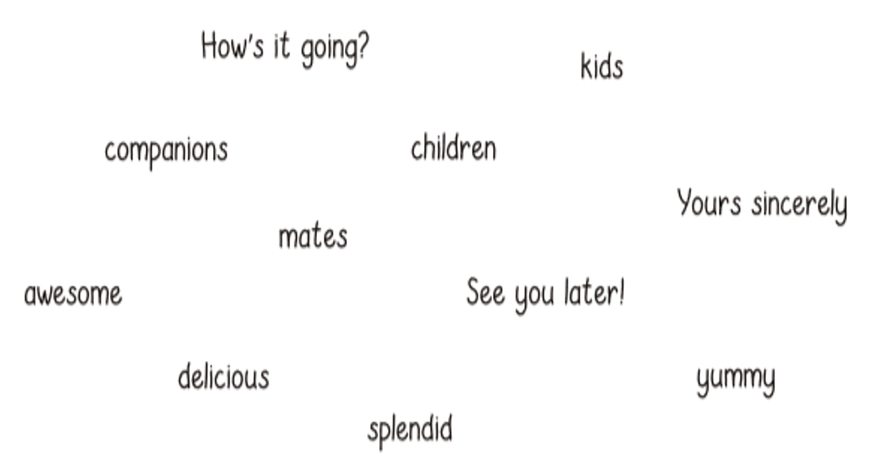 Task 2: Identify if the sentence is formal or informal.

1) Playing too many video games should be avoided.

2) You shouldn’t speak with your mouth full.

3) I’d love to come to your birthday party.

4) It is vital you eat fruit and vegetables to maintain a healthy diet.

5) If you want to play out later, I’ll be at the park with my mates.

Task 3: Rewrite this formal letter to make it more informal.

Recently, I took the time to visit the wonderful theatre which stands in the heart of the city. I was blown away by its rich history – something I had not previously appreciated. Therefore, I was devastated when I learned of the planned changes to the building. Before now, I had always believed that you were a magnificent Lord Mayor because of the dedication you have shown for our city. This is why I have chosen to write to you in a bid to change your mind.