This week we are going to think about cohesive devices. Remember those? They are words that act like glue and hold your writing together. One example of cohesion is adverbials. Take a look at these adverbials, and then see if you can fill in the gaps in my description with an appropriate cohesive device. 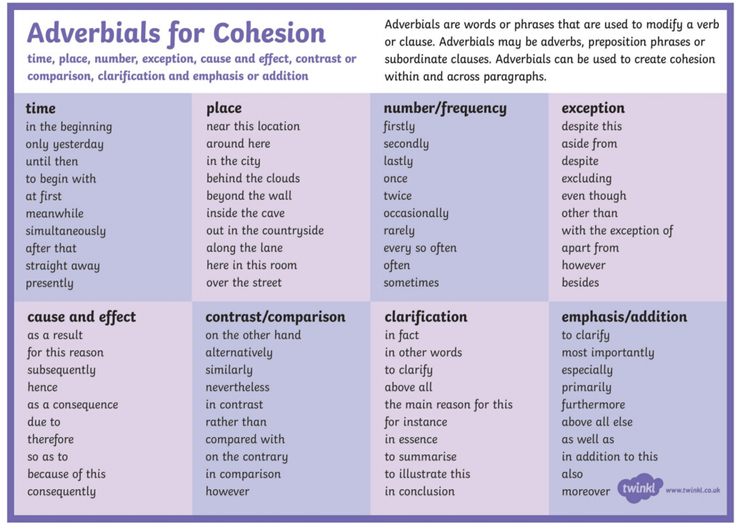 Now have a go at writing your own paragraph using adverbials to show cohesion.