The final part of the poem says,

“Up jumped the cunning spider,

and fiercely held her fast.

He dragged her up his winding stair, into his dismal den,

Within his little parlour; but she ne’er came out again!”

This ending is very negative as the fly is eaten.

Write your own version of the final part with

a positive ending for the spider and the fly.

Make sure your second and last line rhyme.

e.g. Up jumped the friendly spider,

Who was filled with joy and laughter.

And they lived happily ever after!

The spider offers the fly a slice of ‘all that’s nice’ from his pantry. 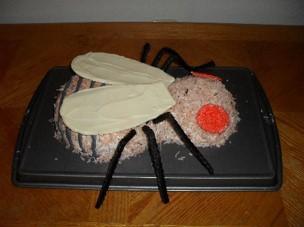 Can you guess what’s in the slice?

(You could use a cake recipe you have at home and change it with disgusting spider treats.)

There are many different types of spiders and flies, all with unique features.

Create a fact-file like the one below about one of the spiders or flies in this list.

Try to find out some interesting facts about them – can you find a fact that you will think I won’t know? 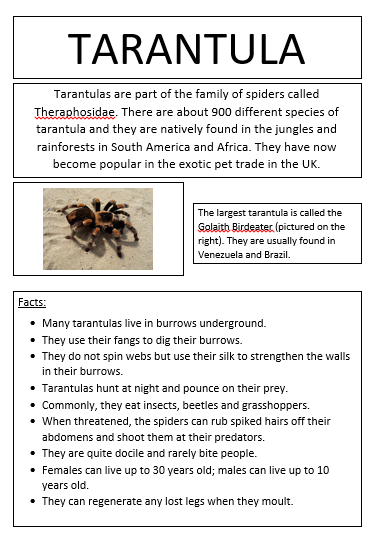 If you can’t find any facts on the internet, you can use these facts below to help you.