First look at this picture of Jesus walking on water, then read the story below (you can ask your grown up to read it to you if you would like). 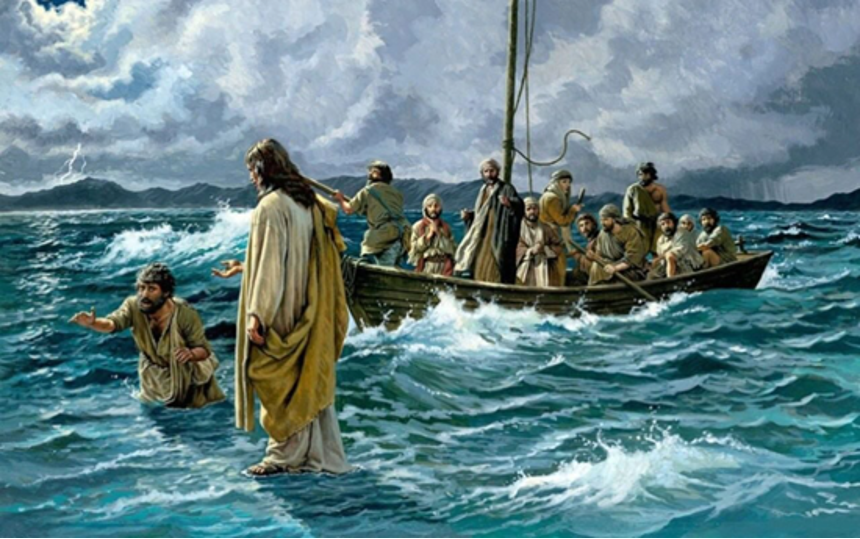 Later that night, the boat was in the middle of the lake, and Jesus was alone on land. Jesus saw the disciples straining at the oars because the wind was against them. Shortly before dawn Jesus went out to them, walking on the lake. He was about to pass by them, but when they saw Jesus walking on the lake, they thought he was a ghost. They cried out, because they saw him and they were terrified.

Immediately, Jesus spoke to them and said, “Take courage! It is I, Jesus. Don’t be afraid.” Then he climbed into the boat with them, and the wind died down and they were completely amazed.

Why do you think Jesus' friends were scared? I think that they were scared as they had never seen someone walk on water before and thought that that it was impossible.

How do you think this was possible?

No one can walk on water but Jesus can.

Write down why you think Jesus could walk on water and then draw a picture underneath of Jesus walking on the water.