Task 1: Have a look at this picture of an Anglo Saxon boy. Have a think about who you think this little boy could be. How do you think he feels? Who could his family be? Does he have any friends? What might his name be? If you have a pen and paper then brain storm your ideas below. 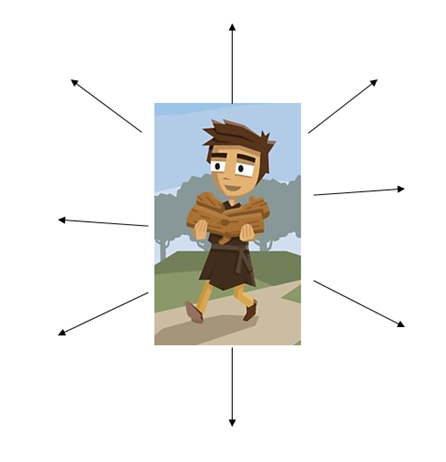 Using your ideas that you brain stormed about the Anglo Saxon boy yesterday, write or talk about a character description all about him! Use all the descriptive devices that we have been learning about: ing/ed/simile openers, relative clauses, parenthesis, adjectives, commas in a list, cohesive devices etc. Have a look at my example for some help but remember to use your own ideas!

Example: Jacob is a 9 year old Anglo Saxon Boy. Originating from Denmark, Jacob’s family (who have been settled in Britain for one year now) bravely sailed the treacherous ocean to get to the United Kingdom. Excited about their new life in prosperous Britain, they soon found other Anglo Saxons and built a hut in a lovely village. Like a fish out of water, Jacob feels extremely nervous about his new life as he has left friends and family behind in Denmark. However, he is extremely resilient – he refuses to allow himself to feel sad! To keep busy, under the instruction of his father, Jacob collects wood so that his family can keep warm and eat food.