LO: To know how to classify animals as vertebrates and invertebrates.

In class, we were learning how to classify and group animals.

Another way to group animals is to classify them as vertebrates or invertebrates.

A vertebrate is an animal which has a vertebral column or spine. The spine, or backbone, is not one bone – it is made up of several smaller bones called vertebrae. They are separated by flexible material, which allows the spine to bend. Vertebrates have a nervous system built around the vertebral column, with a brain concentrated in the head.

Vertebrates include fish and tetrapods (animals with a four-limbed body plan) – birds, mammals, amphibians and reptiles. All vertebrates share similar features because they evolved from a common ancestor about half a billion years ago.

Insects, arachnids, molluscs and worms can be classified as invertebrates. 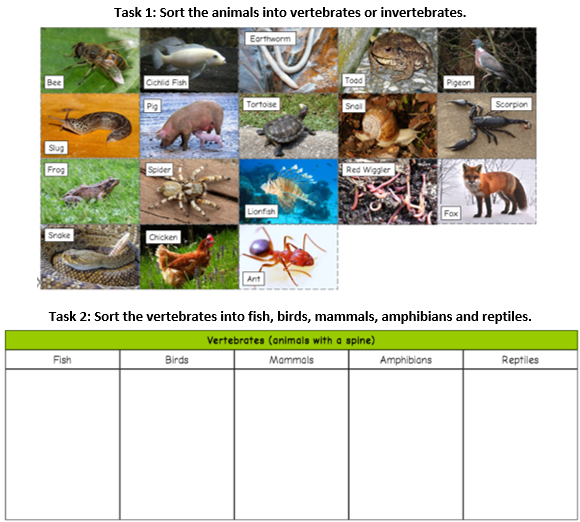 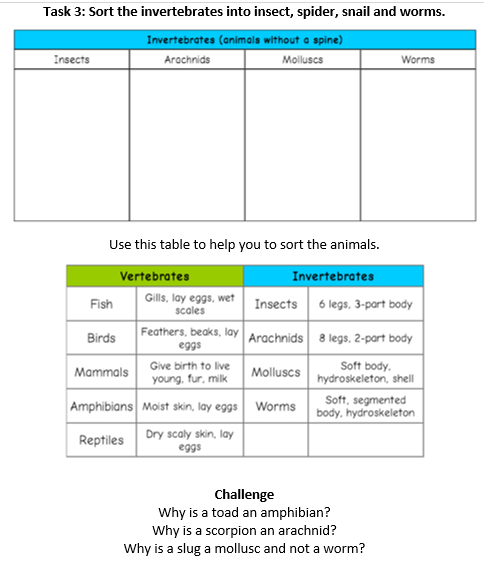