Write a paragraph about a victorian school under the sub-heading “Victorian School life”.

Identify all the fronted adverbials for time used within the diary entry.

A fronted adverbial is a word, phrase or clause that is used, like an adverb, to modify a verb or a clause. Adverbs can be used as adverbials, but many other types of words, phrases and clauses can be used in this way, including prepositional phrases and subordinate clauses.

Fronted adverbial phrases are useful in descriptive writing, as they can easily describe where, when and how an action occurred.

Basically, fronted adverbials are phrases or words at the start of a sentence which are used to describe the action that follows. They can be used as sentence starters. Normally, a comma is used after an adverbial, although there are still plenty of exceptions to this rule.

Fronted adverbials describe a variety of different actions. They are most commonly used to describe:

Imagine you are a Victorian child. Write a diary entry about what your day at school was like. Remember to use fronted adverbials for time. You may find the information on the history task helpful. Here are some examples. 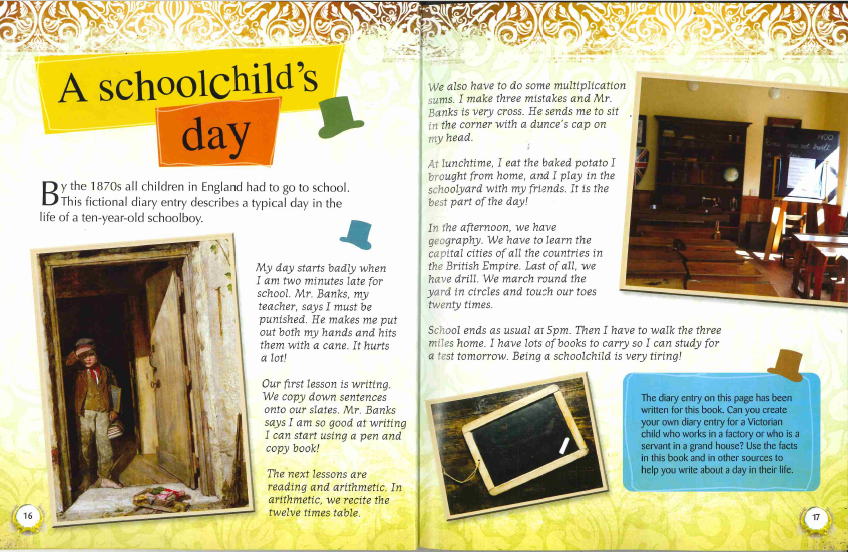