Task 1: I hope that you all enjoyed describing Heorot last week. This week we are going to start preparing to write a diary entry. Have a look at this picture of Beowulf defeating Grendel. I would like you to brain storm how you think you would be feeling in this moment if you were Beowulf. Have a look at my example to help you. 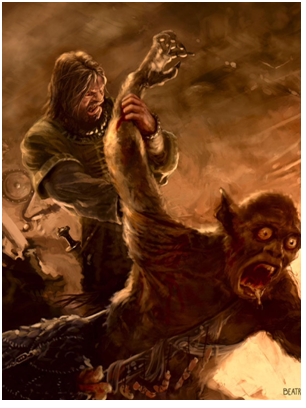 Task 2:  Now that we have thought about how Beowulf would be feeling as he slayed Grendel, we are going to practice writing in the style of a diary entry. I would like you to improve my sentences, adding as much description as you can. I have attached a diary vocabulary mat to help you.

Looking around me, fear rushed through my veins as I realised I had to slay this magnificent beast. 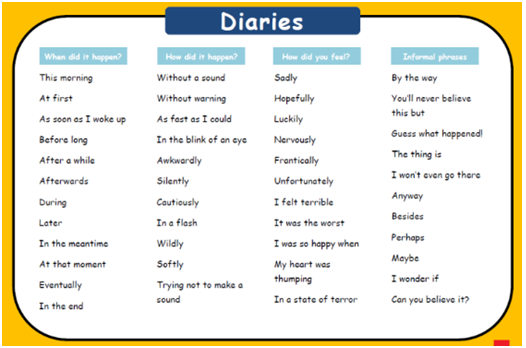 Task 3: Now that we have practiced writing in the style of a diary entry, we are going to look at an example diary entry written by one of Beowulf’s soldiers. Have a read of this entry and pick out five phrases that you are going to steal and use in your own entry next week.

I survived.
I’m exhausted, but alive. I never thought this day would come - the day Grendel was finally defeated. With the help of the thanes, Beowulf defeated Grendel. It was a merciless battle but ended the best way it possibly could. The moment Grendel appeared, I could tell it wasn’t going to be an easy battle. With hungry eyes, the soldiers began to attack Grendel. One by one, we were getting defeated quickly. Our swords didn’t affect his mortality, but it definitely made him aggravated. Grendel managed to get ahold of my side, tearing a gash near my rib. This is when Beowulf came to the rescue, but no weapons alongside him. He, unlike the rest, was prepared with strategy. A long battle broke out between Beowulf and Grendel, and many times in which I was afraid the ladder might win. Beowulf made the brave move that ended it all, as he grabbed ahold of Grendel’s arm, and completely ripped it off. Grendel knew he was defeated, and began to crawl back into the shadows to be later taken into hell. Beowulf and the rest of the thanes were left to celebrate the victorious winning. We have finally done it, we have ended this rain of terror.