Today we are continuing to learn more about Brazil. So far you have learned about where Brazil is located in the world and the countries which border Brazil.

We would like you to look carefully at all the pictures below and answer the questions. 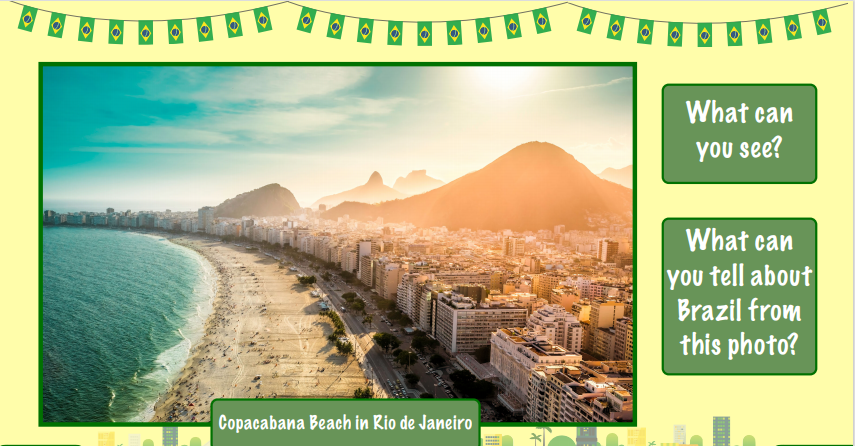 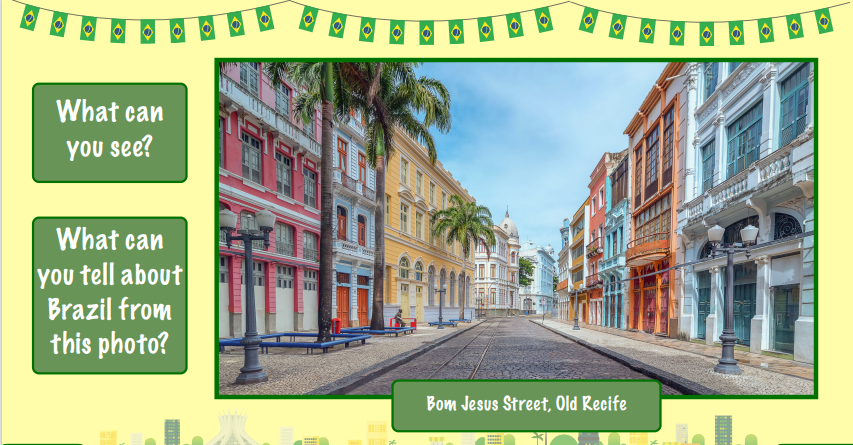 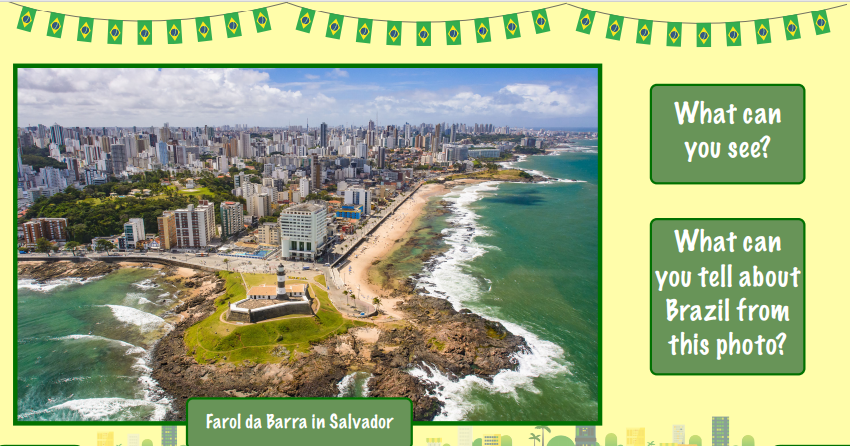 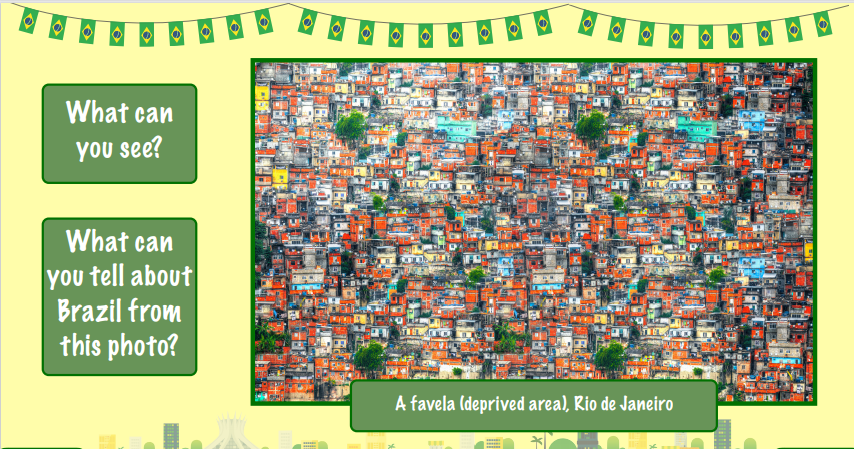 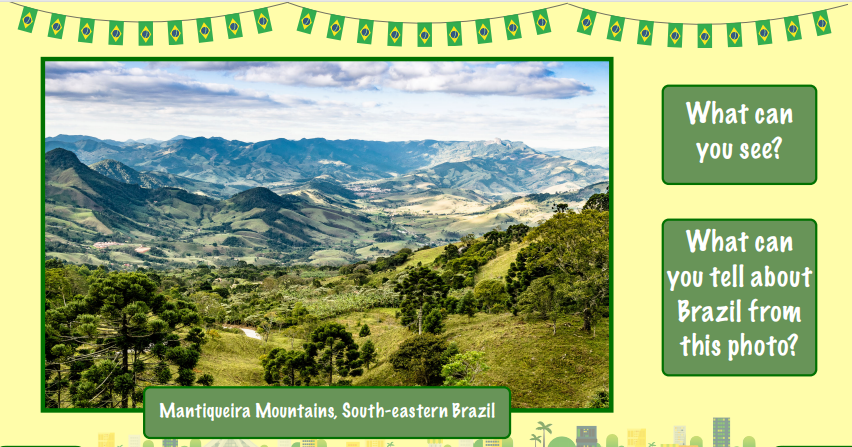 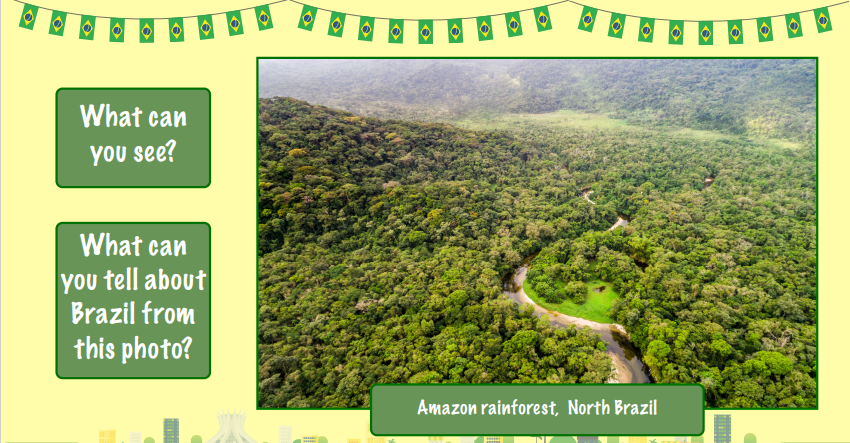 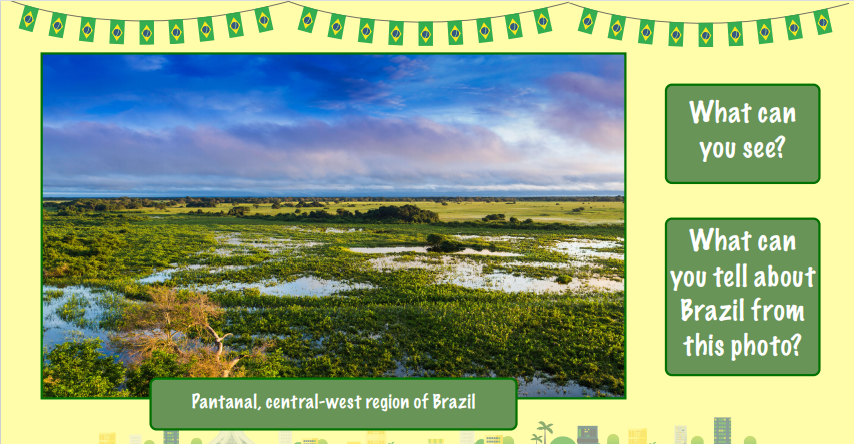 1. Which picture, do you think, shows where most people live in Brazil?

2. In which place do think there is the most wildlife?

3. Which place would you like to visit and why?

4. What do the pictures show you about the weather in Brazil?

5. Describe the similarities and differences between the first and last picture.

6. Describe the similarities and differences between the third and forth picture.

7. What wildlife would you expect to find in the second picture?

8. What wildlife would you expect to find in the sixth picture?

9. Is there any places in Brazil, that you can see in the pictures, that you would not like to visit? Describe why.

10. Estimate how many people might live in the area shown in the fourth picture.