Writers use adjectives and expanded noun phrases to make their writing more descriptive. They help to give the reader a better picture in their head of what the writer is trying to describe.

For example, the expanded noun phrase 'a cute, baby elephant' gives you a much clearer picture than just writing ‘the elephant’ would.

A NOUN is a place, name or a thing.

An EXPANDED NOUN PHRASE is where you add adjectives to the noun to make it more exciting.

You can add more than one adjective to each noun to make it even more exciting!

For example: The warrior lifted their shiny, deadly sword into the air, ready for battle.

Look at the picture of the underwater scene below. Shelley has been writing some sentences about the picture. Can you improve her sentences by expanding the noun phrase in each sentence? Try adding an adjective. 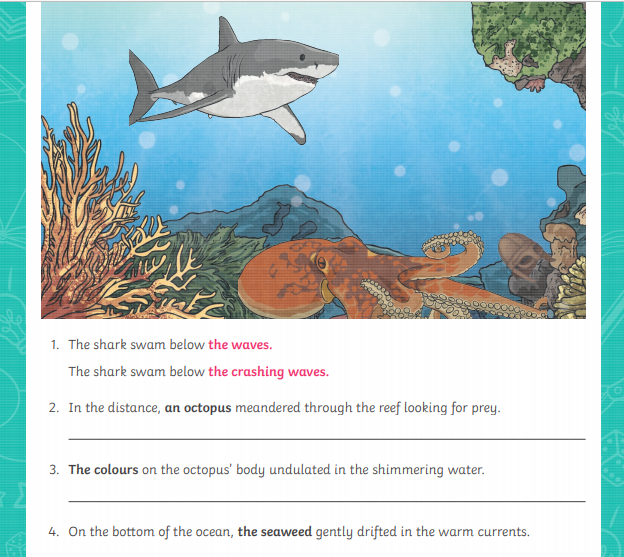 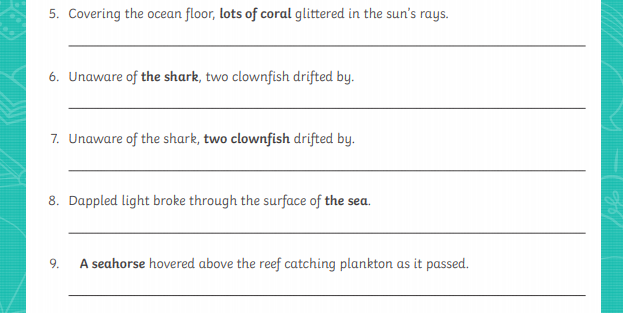