This week we have looked at using an apostrophe for possession when there was a singular noun. This means there was only one.

For example the girl's bag was blue. There is only one noun - one girl and she has a bag.

But what happens if there is a plural noun - which means that there is more than one. These plural nouns end in s, es, oes, ies and ves.

For example, if there was more than one wolf, we would say there is a pack of wolves.

If we needed to put a possessive apostrophe on this word, we would just add the apostrophe after the s. For exmaple, the wolves' prey was a deer.

In this sentence, there is more than one wolf and the deer belongs to the wolves.

Plural nouns can be spelt in all the different ways (s,es,oes,ies,ves). As long as the noun ends with an s, we can still show possession by using putting an apostrophe after the s.

Look at these examples below.

However, some plural nouns do not end in 's' like children and people. For these words, you need to add the apostrophe and then the 's' like you have before.

Example, The children's classroom was messy.

Now you try with the following sentences. Remember to check the answers in the link below. 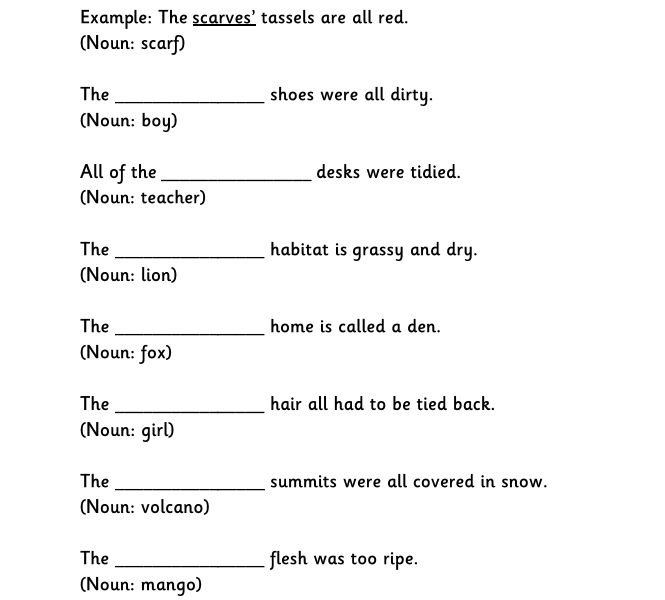